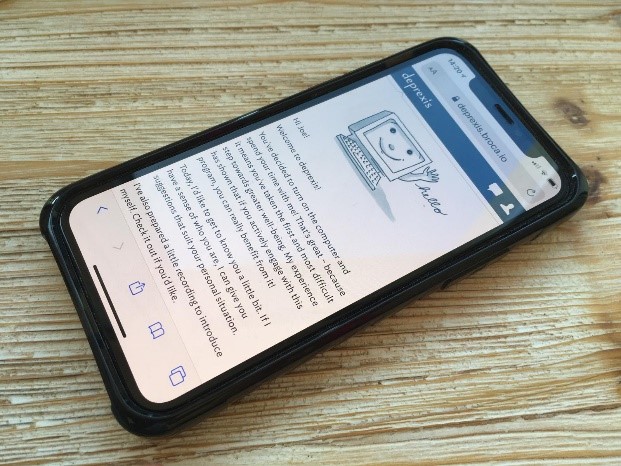 In the new study, general practitioners, neurologists and psychiatrists offered deprexis to a total of 104 of their patients (average age = 46, 61% women), whom they were treating as part of their routine medical care. Depression and other relevant outcomes, such as global clinical improvement, disability in work, social and family life, and patient satisfaction were measured at regular intervals over the course of three months. The results showed large and statistically significant improvements on all outcomes: After 3 months, depression symptoms had improved markedly, disability scores had reduced, and most patients were highly satisfied with the intervention, with 94% of patients reporting that deprexis had “helped a great deal”.

Interestingly, the amount of depression reduction in this real-world data study was almost exactly the same as in a previously published deprexis RCT with similarly severely depressed patients. This confirms that the research results on GAIA’s digital therapeutics are generalizable to routine care settings. The amount of depression reduction corresponded to a very large effect size, and these improvements were equally evident on patient self-report questionnaires and clinician rating scales. The observed effects corresponded to an NNT statistic of 1.5, which indicates that the majority of patients using deprexis in routine care benefit substantially.

The researchers concluded that “these data show that depressed patients use deprexis adequately with a large effect on their depressive symptomatology and no evidence of adverse events.” They also noted that “the physical distancing necessitated by the COVID-19 pandemic could lead to a sustained shift of mental health provision toward online treatment.” This points to the need for digital therapeutics such as GAIA’s deprexis, which works not just in research studies but also in the real world of routine medical care.

The study can be accessed via the scientific journal’s website.