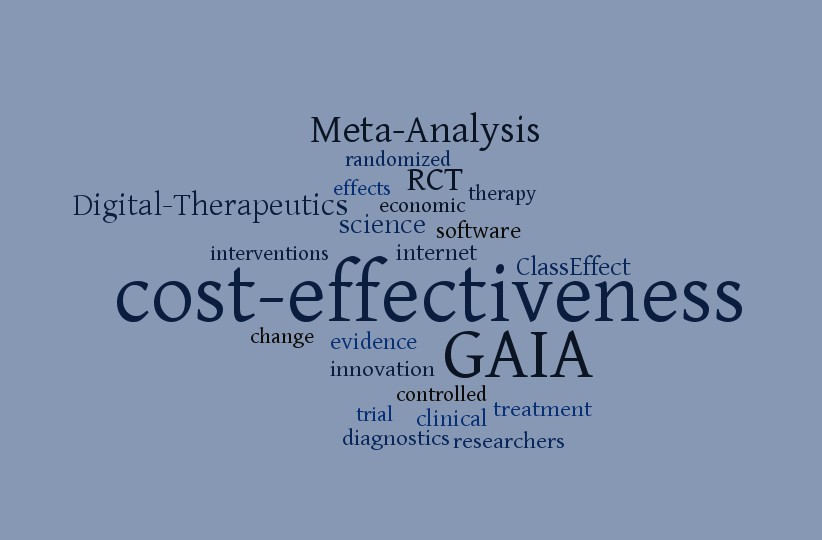 In the largest ever health economic evaluation of a digital therapeutic, researchers at the University Bielefeld found that GAIA’s deprexis leads to a significant reduction in statutory health insurance costs as well as improvements across a range of clinical outcomes.

More than 3800 patients with a confirmed depressive disorder participated in the trial and were randomly allocated to one of two groups. While patients in the treatment group received deprexis on top of their usual care, those in the active control group received a digital brochure with general information on depressive disorders, also on top of their usual care.

The main focus of the study was on changes in total health care costs over time, which included costs such as medication, hospital treatments, or sickness benefits. Whereas the total costs in the control group decreased by 13% during the study period of one year, the cost savings in the treatment group were 32%, which is about 2.5 times as large and statistically significant. The cost data were based directly on insurance records, making them more precise and reliable than the self-reported cost estimates used in most other studies.

In addition to these health economic effects, the researchers also examined changes in clinical symptoms over time. At the beginning of the study, there were no differences between the treatment and control group, but by three months, patients in the deprexis group were significantly less depressed, their social functioning had improved more, and they enjoyed better quality of life. These clinically relevant treatment effects persisted at the six and twelve month assessment time-points, demonstrating their stability over time.

In summary, this large health economic evaluation once again confirms the clinical efficacy and cost effectiveness of GAIA’s digital therapeutics. For deprexis alone, more than a dozen published trials with a total of more than 6700 patients have shown these benefits, making it the most thoroughly evaluated digital therapeutic worldwide. As the researchers concluded: “From a health-economic perspective, the use of the program can be recommended, as cost-savings from the payer perspective are in line with the clinical benefits gained.”

The health economic trial was published in the latest issue of the scientific journal Health Economics Review.