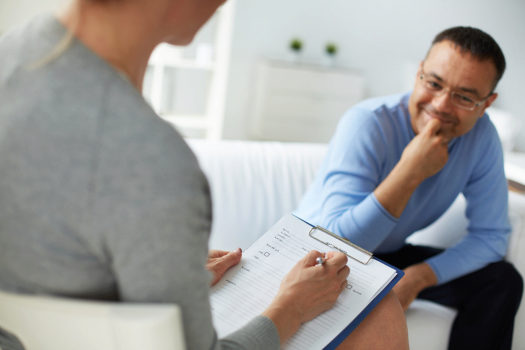 Can GAIA’s evidence-based therapy software improve the effectiveness of routine behavioral therapy? Yes! And a randomized controlled trial (RCT) has shown this.

Twenty experienced psychotherapists participated, recruiting ninety-eight of their patients diagnosed with unipolar depression. The patients were randomly assigned to one of two groups.

A higher rate of depression reduction was observed among the group adjunctively treated with deprexis. The extent of improvement was more than double compared to that observed in the psychotherapy-only group (pre-post effect sizes, d = 0.94 vs. 0.38).

Significant intervention effects were also found for quality of life and somatic symptoms. This study provided conclusive evidence that including our software to current psychotherapeutic interventions boosts overall treatment effectiveness. It is also well received by both patients and therapists.

The report is available here