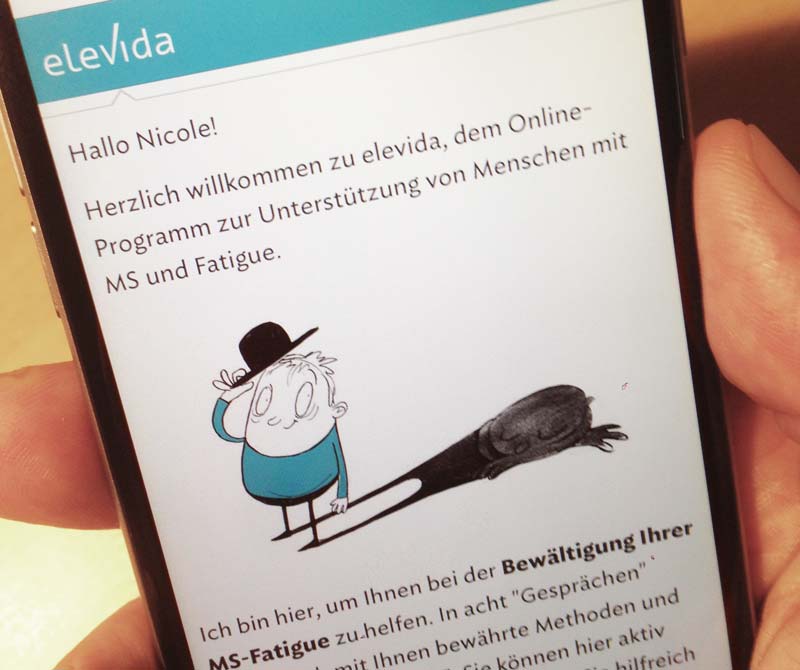 Elevida, our cognitive-behavioural therapy software for patients with multiple sclerosis has been demonstrated to be effective in a randomized controlled trial with 275 patients, led by researchers at the Institute of Neuroimmunology, University Medical Center Hamburg-Eppendorf. Over the course of 12 weeks, significantly greater reductions in fatigue symptoms were observed among patients in the elevida group, compared to the control group who did not use the intervention. Fatigue is a major disabling symptom in MS, which is often treated inadequately. Results of the study were presented at an international MS conference in Milan and will shortly be published.