GAIA antidepressant digital therapy (deprexis) effective in the US 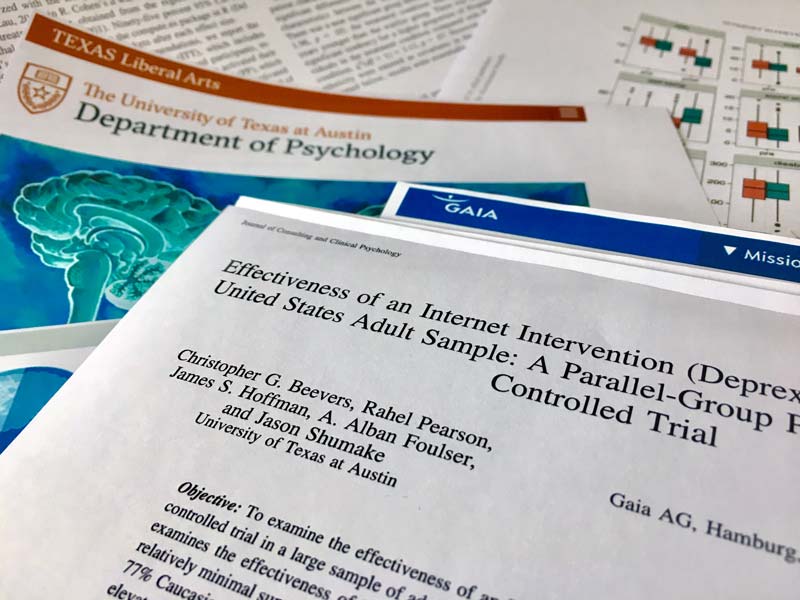 A randomized controlled trial with N = 376 depressed adults, published in the latest issue of the Journal of Consulting and Clinical Psychology, has confirmed that deprexis is effective in the United States. The trial was led by Professor Christopher Beevers, Director of the Institute of Mental Health Research at the University of Texas, Austin. With an impressive effect size of d=0.80 (large effect), the study provides evidence that deprexis is at least as effective in the United States as in previous Europe-based trials. The researchers concluded that participants who received deprexis had a “12 times greater likelihood of experiencing at least 50% symptom improvement compared with waitlist control”. The deprexis effect was also replicated in the control group: After they received access to deprexis, similar depression reductions as those in the immediate treatment group were observed, confirming the robustness of the deprexis effect.